Trend24
Admin
posted on 3 weeks ago — updated on 3 weeks ago
54
views
News
"If you want an example of how to treat people, Don and Margie [Varnadoe] were them," his boss says. In addition to the couple, a 28-year-old Illinois man died when the train crashed in Montana. 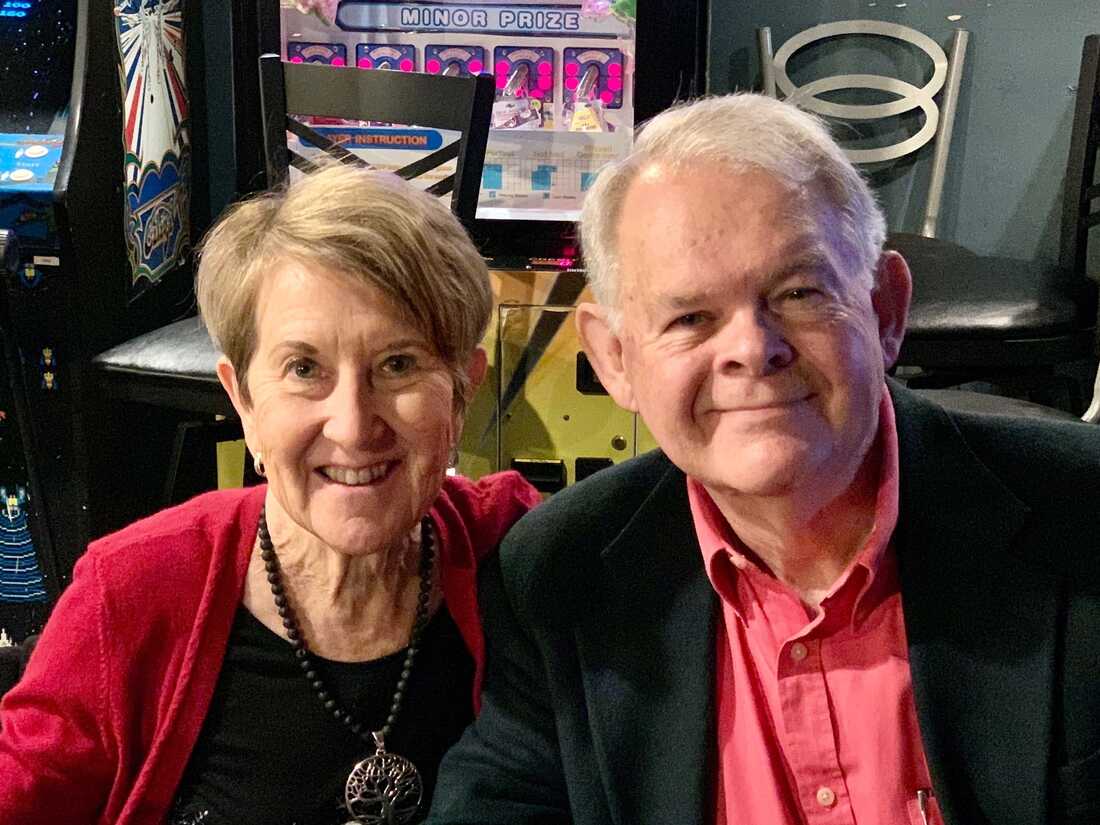 This photo shows Margie and Don Varnadoe attending a December 2020 Christmas party. The husband and wife from St. Simons Island, Ga., were among three people killed when an Amtrak train derailed in Montana on Sept. 25. AP hide caption 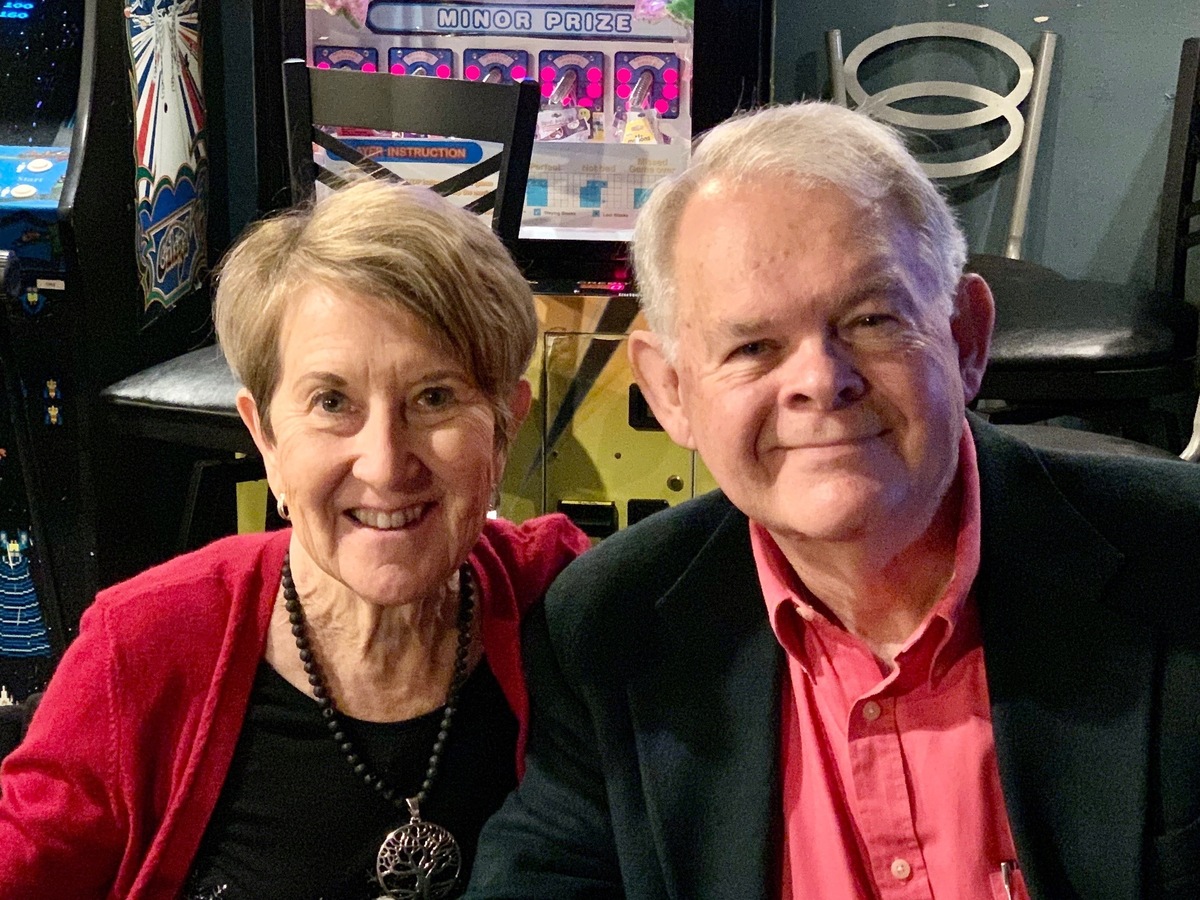 This photo shows Margie and Don Varnadoe attending a December 2020 Christmas party. The husband and wife from St. Simons Island, Ga., were among three people killed when an Amtrak train derailed in Montana on Sept. 25.

He phoned his co-workers in coastal Georgia, where he sold real estate for decades, from the first leg of their trip Friday to let them know it was turning into a dream vacation.

"He had called the office and said how excited they were," said Robert Kozlowski, managing broker at Coldwell Banker Access Realty in the port city of Brunswick. "They were in Washington, D.C., and headed west."

A day later, the couple died when an Amtrak train they were on derailed in rural Montana.

They were among three people who died along with a 28-year-old Illinois man named Zachariah Schneider, according to the Liberty County Sheriff's Office in Montana. Schneider was a software developer and big Green Bay Packers fan. He was traveling to Oregon with his wife, who survived.

The Amtrak train was going just under the speed limit at about 75 mph (121 kph) when it went off the track along a gradual curve, possibly ejecting passengers, U.S. investigators said Monday. The Amtrak Empire Builder that was en route from Chicago to Seattle crashed Saturday afternoon near Joplin, a town of about 200 near the Canadian border.

The train, carrying 141 passengers and 16 crew members, had two locomotives and 10 cars, eight of which derailed, with some tipping onto their sides. Residents in the farm community mobilized that day to help injured passengers.

Investigators do not know the cause of the derailment, but they are studying video from the train and another locomotive that went over the same track a little over an hour earlier, National Transportation Safety Board Vice Chairman Bruce Landsberg said Monday.

The derailed train also had a black box that records everything happening in the train, he said. One possibility is a problem with the tracks, perhaps from heat-induced buckling, railroad crash experts speculate.

At Least 3 People Killed In Amtrak Derailment In Montana

Kozlowski was arriving at church Sunday in Georgia when he got a text message alerting him of a rumor circulating that a tragedy had befallen the Varnadoes. A phone call to a family member confirmed the terrible news that the couple had been killed in the derailment.

Everybody at the office knew about the big trip and were excited for the couple. One co-worker joked that Don Varnadoe, 74, might have to leave Margie Varnadoe, 72, at home when he struggled with his computer to print out her ticket.

"He said, 'This is our trip of a lifetime and we're so looking forward to it,'" recalled Kozlowski, his boss of 18 years.

The Varnadoes had lived 45 years on St. Simons Island, home to about 15,000 people just over an hour's drive south of Savannah. Kozlowski said Don Varnadoe loved to tell the story of how the moving truck arrived on July 4, 1976 — the 200th anniversary of the signing of the Declaration of Independence.

Margie Varnadoe was retired from the Glynn County public school system, where she had long worked as a teacher and an administrator. Her husband sold real estate for more than four decades, and showed no sign of slowing down.

Kozlowski said Don Varnadoe worked every day and often led the sales staff in prayer before meetings. His wife was beloved at the office, where she often brought flowers, brownies and other gifts. She dropped off one last pan of brownies just before leaving on their anniversary trip.

"If you want an example of how to treat people, Don and Margie were them," Kozlowski said. "With their faith and the way they treated people, they're in a good place, I think."

Rebecca Schneider, who was also hurt in the derailment, filed a lawsuit Tuesday against Amtrak and BNSF Railway. Shortly before the derailment, Zachariah Schneider left her in the sleeping car and went to sit in the viewing car, where he was "horrifically maimed" and killed, the lawsuit said.

The couple, who rescued dogs and fostered kittens awaiting adoption, met at Southern Illinois University and had been married for nearly five years, the lawsuit said.