Behind murky claim of a new hypersonic missile test, there lies a very real arms race

Trend24
Admin
posted on 1 month ago
117
views
The U.S. and China are rushing to develop hypersonic weapons. Critics worry it's turning into a race without end. 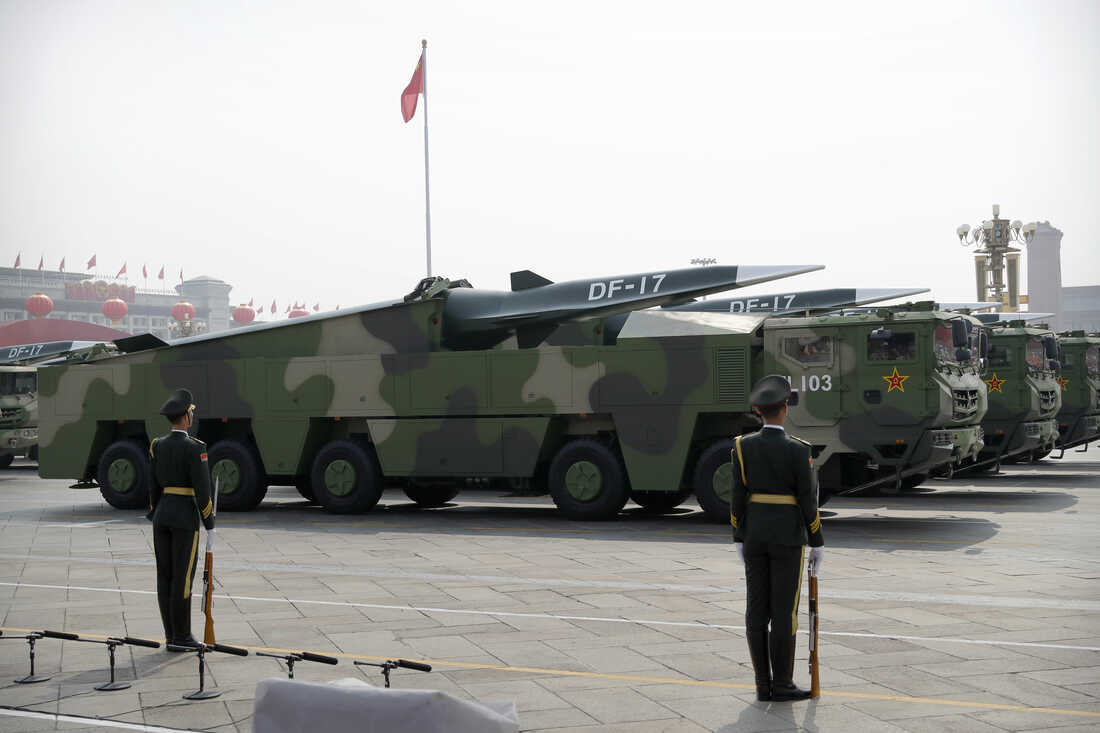 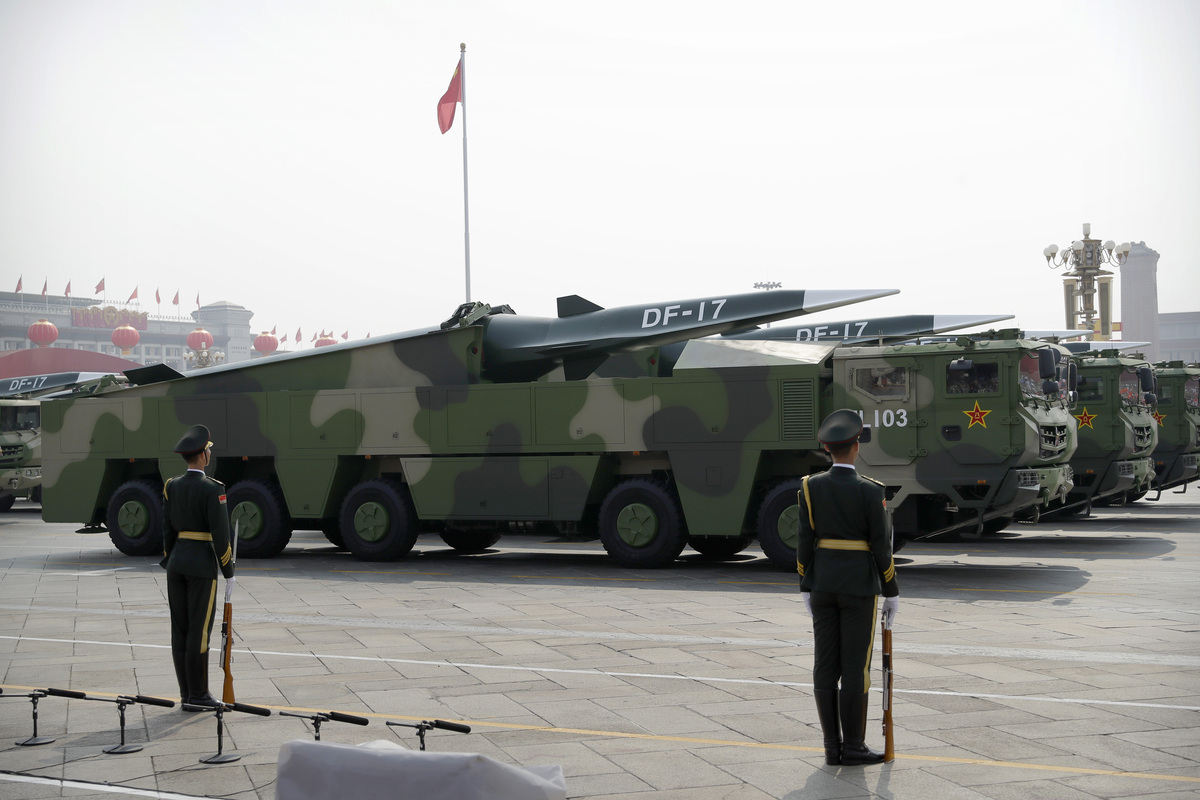 China's DF-17 missile is a medium-range hypersonic weapon capable of travelling over five times the speed of sound.

It began with what appeared to be a missing rocket. In July, the China Academy of Launch Vehicle Technology announced the 77th launch of one of its Long March 2C rockets; in late August it announced the 79th. What happened to launch number 78?

According to an article in the Financial Times this past weekend, it was a secret test of a powerful new kind of hypersonic missile.

"The simplest way to imagine this new weapon system is to imagine the space shuttle, put a nuclear weapon in the cargo bay and then don't bother with the landing gear," says Jeffrey Lewis, a professor at the Middlebury Institute of International Studies at Monterey. This hypersonic weapon launches briefly into orbit, "and it glides back to earth just like the space shuttle, except for when it gets where it's going, it goes boom."

The new weapon would be significant because it could attack the U.S. from an unexpected direction, such as the South Pole. America's missile defenses and early-warning radars are pointed towards the North Pole, the standard route for intercontinental ballistic missiles, so it would be vulnerable to a strike from the opposite direction.

The Pentagon would not comment on the report, and a Chinese Foreign Ministry spokesperson said it was an experimental spacecraft, not a weapon.

"I could believe either version of this story," says James Acton, co-director of the Nuclear Policy Program at the Carnegie Endowment for International Peace. "I could believe this was a weapons test, or I could believe it was a test of a reusable space vehicle."

But regardless of whether the weapon is real, China has been investing heavily in shorter-range hypersonic missiles. These skim through the upper atmosphere at more than five times the speed of sound and can also change direction during flight. Those properties give China an important advantage against missile defenses, says Tong Zhao, a senior fellow with the Carnegie Endowment in Beijing. "Given the capability for hypersonic missiles to maneuver during flight and given their rather fast speed, they can better penetrate missile defense systems," he says.

Zhao says that China sees U.S. missile defenses as a major threat. It has been building up its stockpile of shorter range hypersonic weapons, which can be armed with either a nuclear or a conventional warhead. This new, longer distance weapon, if it was in fact tested, fits into that pattern. 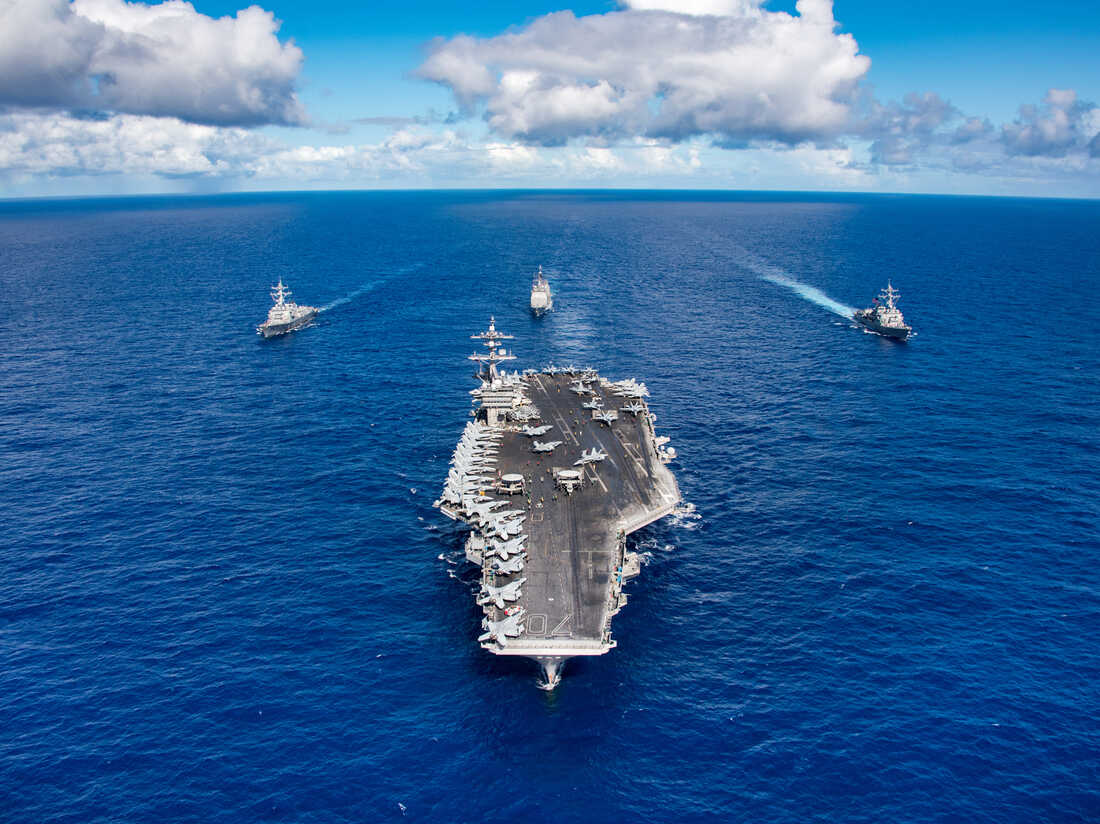 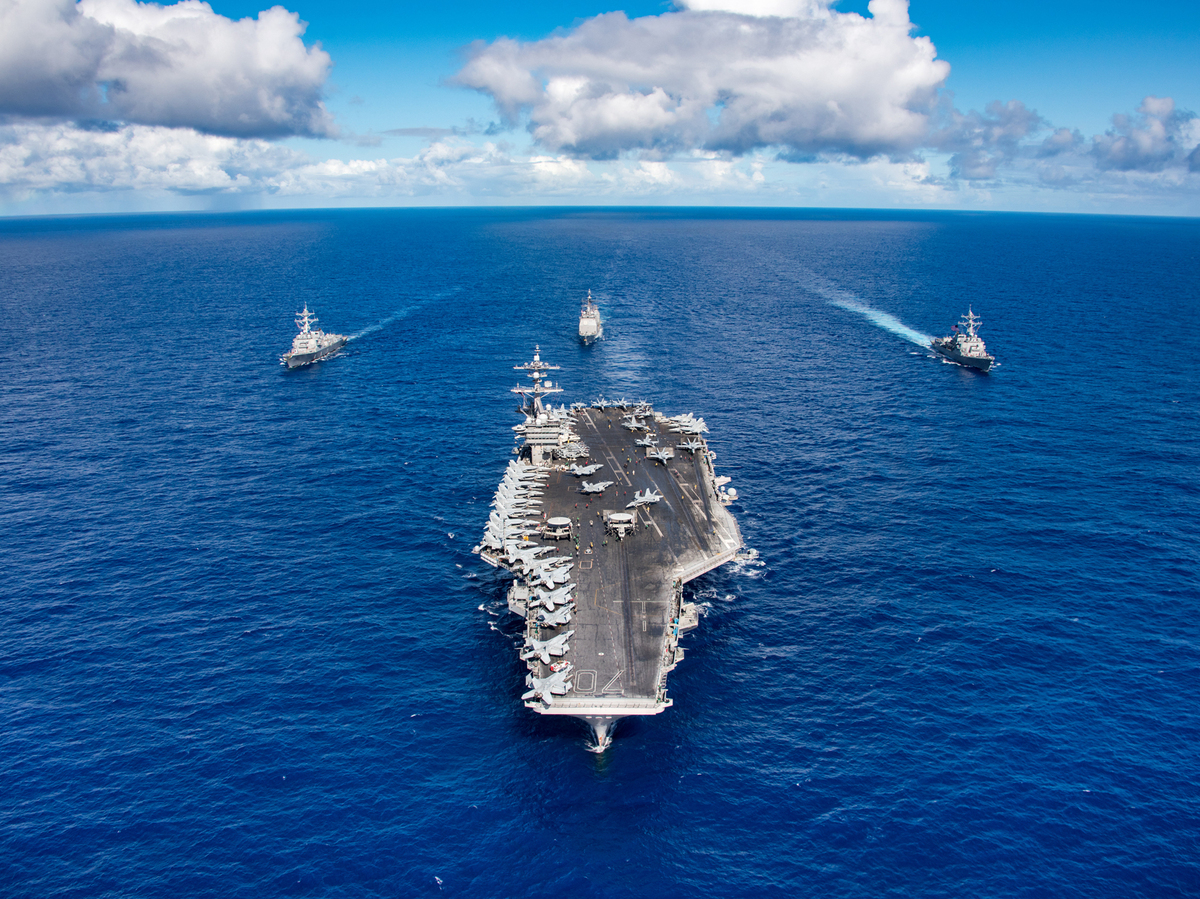 The U.S. Navy regularly patrols the western Pacific Ocean. Some worry that it is vulnerable to attack from China's hypersonic missiles.

Zhao says in the big picture, Chinese leadership wants to protect itself from what it sees as growing U.S. aggression: "China feels it needs a greater overall military power, including a stronger nuclear power, to basically ensure that the U.S. wouldn't be able to interfere with Chinese internal matters."

But not everyone agrees that China's build-up of hypersonic weapons is defensive. Michael Griffin, a former undersecretary of defense for research and engineering who is now co-president of LogiQ Inc., says China's hypersonic arsenal allows it to expand its influence in the region.

"One can target air fields and aircraft carriers, within fifteen or twenty minutes of flight time, literally thousands of kilometers away from the Chinese mainland," he says. Griffin adds that the new intercontinental hypersonic missile could take that capability a step further. With or without a nuclear warhead, such weapons could potentially strike U.S. ships anywhere on earth. "That is a really big deal," he says.

Even the existing shorter-range weapons puts the U.S., which is trying to expand its military presence in the western Pacific, and its allies at risk, he argues. Griffin says that the U.S. needs to develop and stockpile hypersonic missiles of its own, to counter the Chinese threat. "I'm not one to mince words, it is an arms race," Griffin says. "And critically, we didn't start it."

But Acton questions whether the current race for hypersonic weapons makes sense. China already has a sizable medium-range ballistic missile force which is very capable, he notes. China's intercontinental ballistic missiles are already more than capable of overwhelming U.S. defenses, and its ICBM force is growing. "I don't think this is carefully driven by rational strategic factors," says Acton. "I think a lot of this is driven by keeping up with the neighbors."

Jeffrey Lewis says any race is supposed to have a finish line. This arms race is more like the two sides are on treadmills. "The only victory is to be first off the treadmill," he says. "So what we need to do is to find a way to exit the arms race, rather than accelerate it."

One way, he believes, is for the U.S. to be more open to limits on missile defenses, which are driving the hypersonic craze. "Over the long term I think we have to think about what kind of arms control we want with Russia and China," he says.

If the latest reports of this nuclear-capable long range Chinese weapon are true, the race seems to be speeding up for now. And the Pentagon is doing what it can to keep pace. Last month, it successfully tested its own advanced hypersonic design.

For Acton, the growing tensions and lack of dialogue between the U.S. and China are far more concerning than whether China has developed a new weapon: "I'm frankly indifferent as to whether the nuclear warhead that fries me is carried by a ballistic missile or by a glider."